Mark Zuckerberg's giant surprised the world a few weeks ago with a drastic and unexpected name change. The platform on which a large part of humanity has left a trace of its life has left behind its Facebook name to become Meta. And, along with the name, the name has also changed. Logo, which does not remind us of the initial one at all.

And while changes are necessary in life, and even in business, the company has come under fire for undergoing such a sudden change. For many, this represents not only the opportunity to reinvent themselves and give rise to the “metaverse” that they talk about so much, but also a way to dispel accusations of data misuse.

Whatever the case, this is not the point at this time. The criticisms towards Meta go beyond his criminal history and even reach the plagiarism of the logo design. Because, although it may seem incredible, given its relevance worldwide, the image that represents it coincides with that of a German company. We tell you all about it.

On October 28, Zuckerberg announced the new name of his company: Meta. Obviously, this has nothing to do with what we have used during the last decade and, in fact, refers to a new facet. The objective of the young entrepreneur is to create a metaverse, a virtual reality universe that will function as the matrix for platforms such as Instagram and WhatsApp.

For a company like Facebook, which has also bought other digital social phenomena like Oculus, Snaptu and the innovative CTRL-Labs, a plagiarism situation seems unthinkable. However, shortly after the important announcement, complaints emerged from Germany.

The startup that accuses Facebook of logo design plagiarism

M-sense Migräne, a startup located in Berlin, expressed with clear sarcasm on its official account of the social network Twitter (which is not part of Facebook) the pride that it meant to have been a reference for the Meta logo design.

Unlike Meta, the German company is dedicated to developing and providing an application for monitoring symptoms and treating migraine under medical prescription. As many know, migraine is a chronic condition for which several technological tools have been designed in recent times. His isotype is green.

The meaning of the Meta logo

Interestingly, despite fulfilling such different roles, Zuckerberg's team seems to have been inspired by his isotype, as we should really refer to the symbol in the shape of a rolled up “M” or infinity.

Regarding the symbol, the company behind the metaverse has described it as "a continuous loop that works seamlessly between 2D and 3D contexts." In fact, the dual comparison seems to exist on purpose.

The isotype "is designed to be experienced from different perspectives and interacted with." Indeed, "it can resemble an M for Meta, and sometimes also the infinity symbol, which represents endless horizons in the metaverse," the company says.

Markus Dahlem, the owner of the German company behind the app, noticed this similarity when he was sent a photo. The question that sparked the drama was whether M-sense Migraine had previously registered the logo design.

“Immediately it became clear to me that our brand identity was pretty much in the trash,” said Dahlem, a physician and doctor of physics, according to Gründerszene magazine. "Except for the color, there is hardly any difference."

However, based on feedback from Meta executives, this evolution had been planned for a long time; even before they made it known through the “Facebook Papers”. Therefore, it seems logical to think that it is a coincidence.

In this same context, the company has only pointed out the similarity on the networks, without taking legal action against the logo design. It may even have been his own marketing strategy, or a step forward to differentiate his startup from the American giant.

Whether or not it is a case of plagiarism, this misunderstanding leaves us with a great lesson: originality is a key point in the reputation of a brand. So that the same thing does not happen to you, the best thing is that you go with creatives and connoisseurs of the sector. The Cloud Group fits the bill, so Click here and shape your brand with us.

In The Cloud Group We are in the best disposition to collaborate making all your design projects a reality. you can count with us. 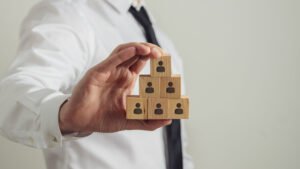 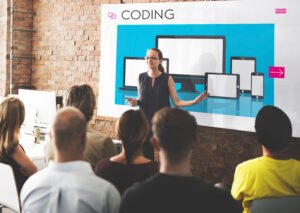 How to get the most out of corporate websites 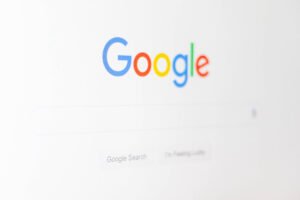 SEO agency in Madrid: 5 myths you should stop believing